The rupee opened stronger against the dollar, appreciating to 64.11, 4 paise higher than its previous close.

Equity benchmarks opened Thursday's trade on a flat note after yesterday's record closing high and ahead of expiry of April futures & options contracts.

Adani Ports rebounded 1.5 percent after losing 2 percent in previous session. Tata Motors gained momentum further, up over a percent ahead of April sales data due next week.

The Indian rupee extended gains further as it has opened at 64.05 per dollar today, higher by 7 paise over 64.12 a dollar in previous session.

Posted by ABR Venture Financial Services at 9:36 AM No comments:

Posted by ABR Venture Financial Services at 9:08 AM No comments: 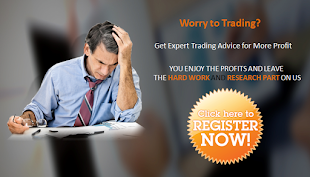 ABR Venture Financial Services
ABR Venture Financial Services provide Technical and Fundamental Research assistance for Traders & investors. Our goal is to achieve higher returns on our customer & investments. Our expert advice on Equity or commodity Market will help you earn more profits with the proper trading while you are new in the market. The performance of our products and services are different and unique from other advisory form. We offer customized intraday/Positional tips based on research of the market to help our clients take advantage of the Share Market. Our Research Analysis is purely based on Technical & Fundamental Analysis. Our Financial Planning and Analysis should be helping our client for get out in front of its competition. Our financial plan is referred to as an investment plan. Our Financial Planning is process of managing money to achieve personal economic satisfaction. Our financial planning can help you work towards achieving your goals. For more details visit www.abrventure.com or call @ 0731-4986981